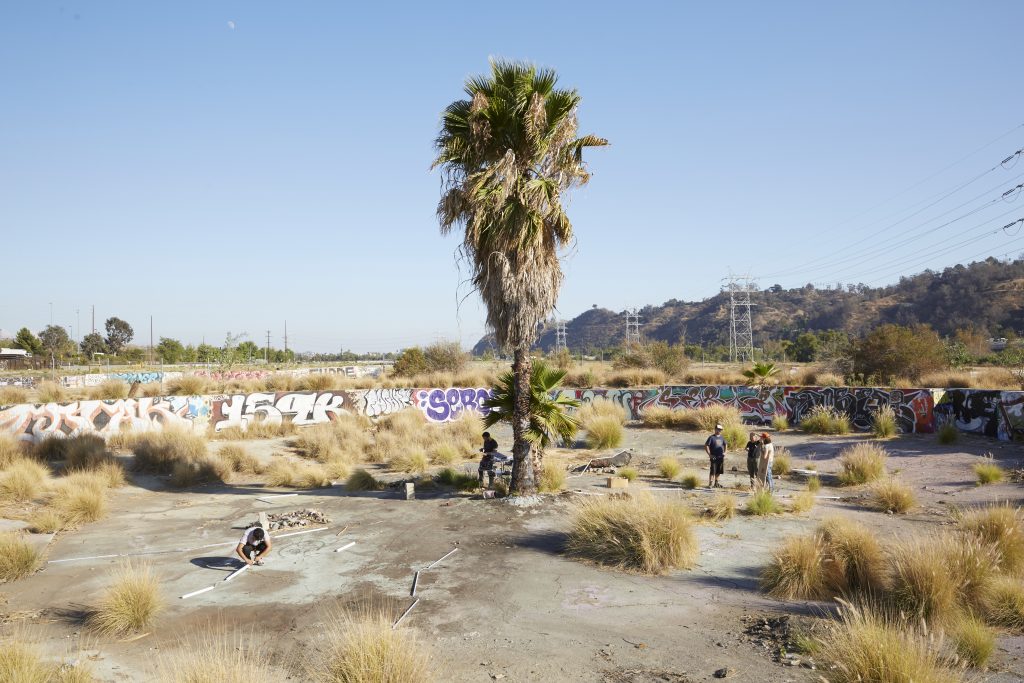 Mel Chin’s latest public art project in Los Angeles, The Tie that Binds: MIRROR of the FUTURE, was initiated last summer during CURRENT: LA Water, the city’s inaugural month-long Public Art Biennial presenting temporary large-scale artworks sited along the LA River and in other water-adjacent locations. The biennial came and went via a whirlwind of press events during one of the hottest summers ever recorded in LA. However, Chin’s definitions of temporary, large-scale, and public are concepts that the artist decidedly, and thankfully, challenged, negated, or outright ignored. 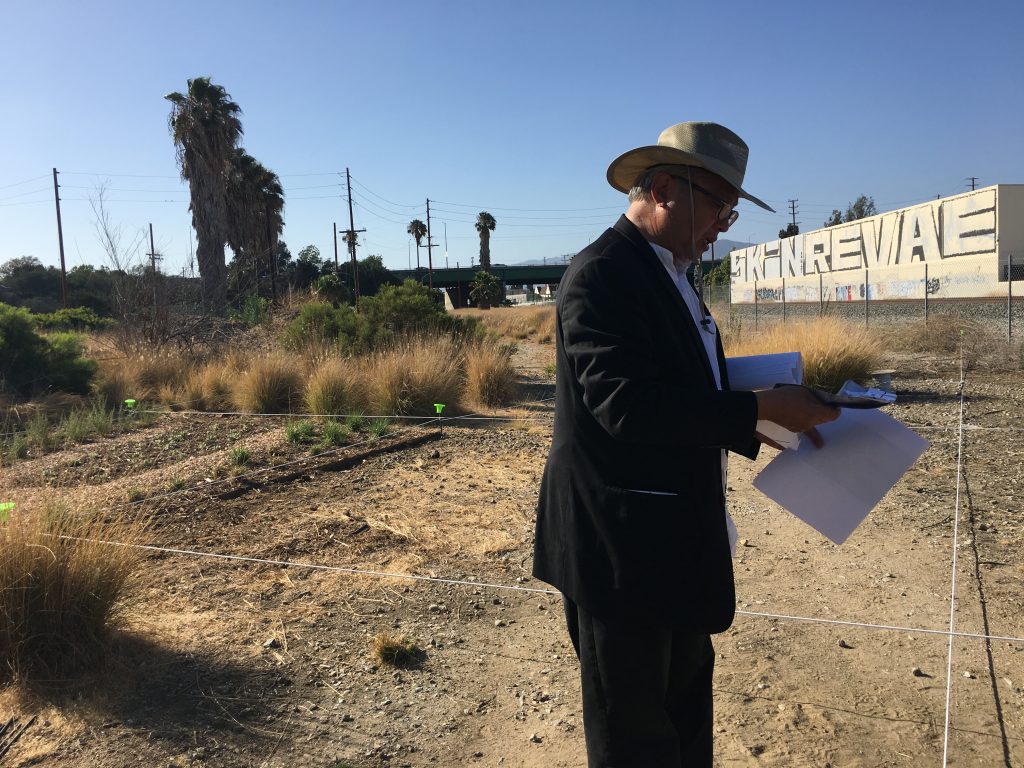 Chin is no stranger to breaking boundaries, mixing things up, or waving a flag where no one is looking. With almost 30 years of performing ecologically engaged art in unlikely places, he’s a maverick whom art-world know-it-alls often don’t know. His early soil remediation demonstration project Revival Field, of 1991, explored methods for removing heavy metals from Pig’s Eye Landfill in Minnesota, an art/science collaboration (almost not) funded by the NEA. In 2006 his Operation Pay Dirt project commenced after Hurricane Katrina; it is an ongoing community-based lead-poisoning-education program based out of New Orleans. Discussing his soil work in a video interview with ecoartspace in 2015, Chin stated, “It’s not about chasing down dirty spots, or badness. It’s about approaching the world and being compelled into action.” He added, “I was trying to push forward a new aesthetic that was forming—the aesthetics of our existence.”

Out of the museum, into the city