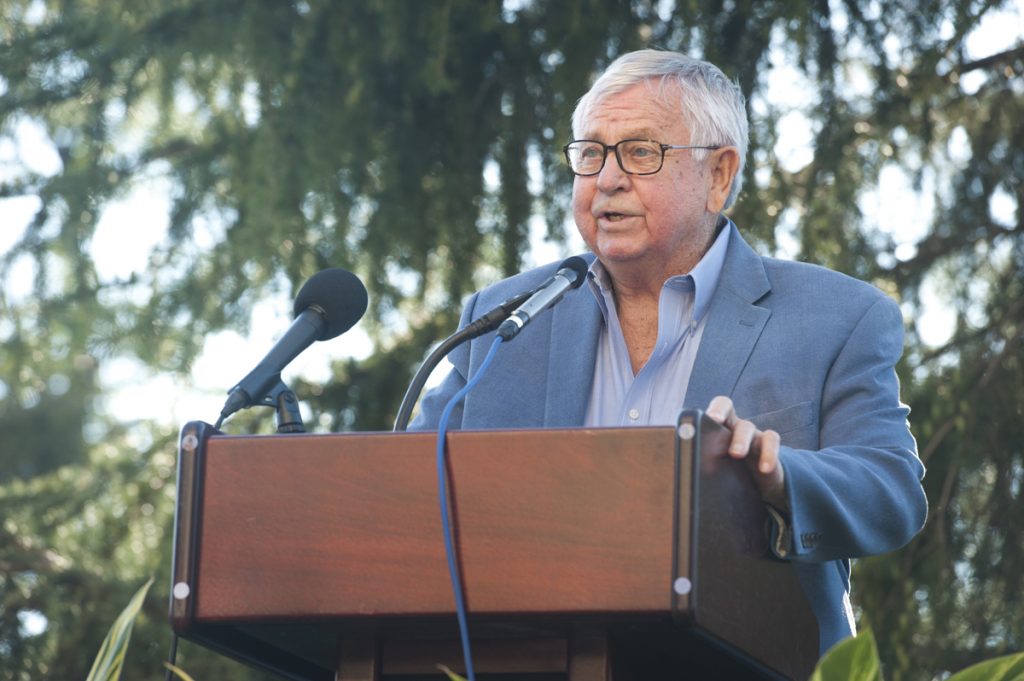 In Spartanburg, South Carolina, we have witnessed the power of public art to bring people together.

On October 4, hundreds of people of all ages, all races and all walks of life, from 10 different neighborhoods across the city, stood together, seeing our community in a new way for the first time thanks to public art. They watched as nine new light installations were unveiled as part of “Seeing Spartanburg in a New Light,” an innovative project that is bringing residents together to reframe the way in which they see the city – and each other. As fireworks lit up the sky over the former mill village, it was impossible not to note the diversity present. Many of the people there had not visited this part of our city in a long time, if ever, and that is powerful.

While the opening was a special moment in the history of our city, “Seeing Spartanburg in a New Light” is so much bigger than one night of celebration. In the wake of shootings and protests across the country, community-building between police officers and the municipalities they serve has become a focal point in our nation. Through “Seeing Spartanburg in a New Light,” Spartanburg police officers hoped to harness the power of public art to repair and strengthen police-community relations in the city. They also hoped to shine a light on Spartanburg’s commitment to safety and vibrancy, enhance crime prevention efforts and cultivate partnerships that will help to increase public trust and confidence in local law enforcement.

In June 2015, the City of Spartanburg was selected as one of four projects nationwide to take part in Bloomberg Philanthropies Public Art Challenge, placing our city on the national and international public art stage. Then, for more than a year, digital media artist Erwin Redl, the Chapman Cultural Center, city police officers and the city’s residents met, talked, listened and dreamed together.

During this time, the project demonstrated how art and artists can help break down barriers. “Seeing Spartanburg in a New Light” allowed residents who have traditionally felt isolated from the arts to become part of the artistic process. The emphasis on collaboration also developed stronger relationships between residents and police officers, helping to overcome feelings of distrust and, we hope, making it more likely for residents to report suspicious activity.

Residents from every neighborhood formed partnerships and worked toward a common purpose. As Police Chief Thompson said as he stood before the crowd on opening night, “during the process of developing ‘Seeing Spartanburg in a New Light,’ residents representing neighborhoods throughout the city came together. It did not matter which ‘side of the tracks’ they lived; all were at the table with equal voices.”

For example, the Video Village installation, with 52 synchronized video projections featuring interviews with community members, provides a great illustration of the community-building impact of this project. Video Village provided an opportunity for residents of one of our most economically challenged neighborhoods to share their stories and contribute to the vibrancy of the city.

In Spartanburg, we are fortunate to have residents who care about enhancing our city, and proud to have police officers who embrace new ideas. I believe that Spartanburg is a wonderful community, full of spirit and opportunities, and that through collaboration, we will continue to innovate and improve, together.

As Police Chief Alonzo Thompson also said, “the remarkable art that has evolved will serve as reminders that there is no problem too big that we cannot solve, nor is there a challenge so great that we cannot meet or exceed.” While most of the nine art installations are temporary through April 2017, these collaborative community partnerships will endure, and will be the true legacy of “Seeing Spartanburg in a New Light.”

Junie White is Mayor of the City of Spartanburg, S.C.